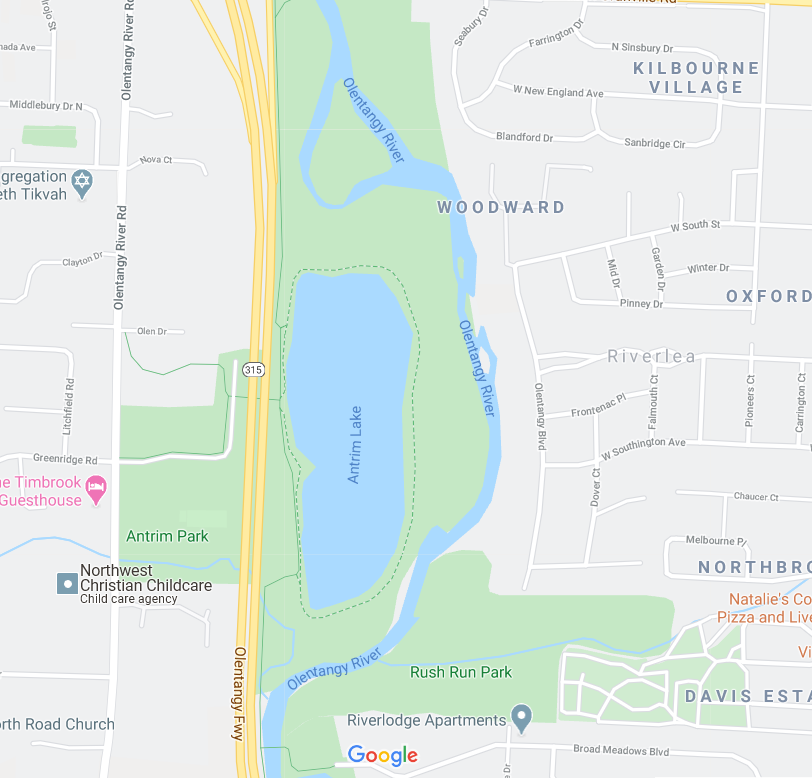 Antrim Park has a lake centered in the middle of 120 acres. Attached to different parks and trails, such as Rush Run Park and Olentangy Trails. The park offers numerous paths, paved and unpaved, allowing for any adventure you’re up for. Offering many different plants, Antrim is the place for discovering. Upon arrival, there are different paths you can follow, some near the riverbank, the lake or no water area. This allows for different plant growth, high moisture, no moisture or in-between. 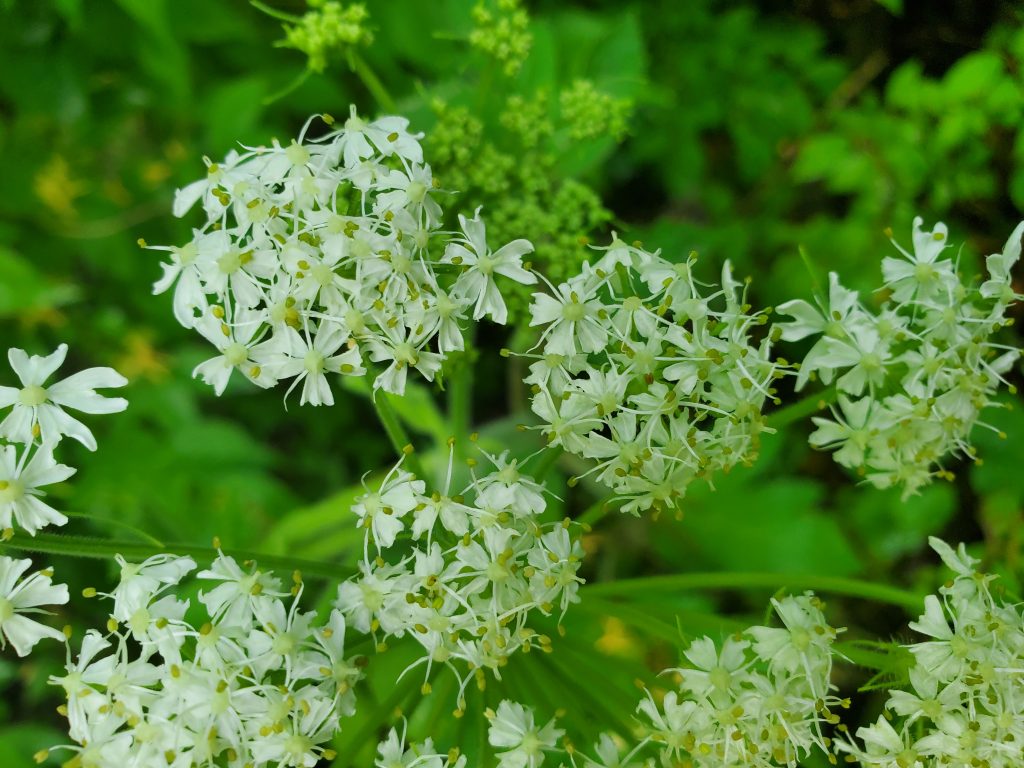 The Daucus carota is commonly referred to as a wild carrot, bishop’s lace, Queen Anne’s lace, or bird’s nest. If the stems/leaves are ever crushed, they release a carrot odor. And is a flowering plant in the family Apiaceae. 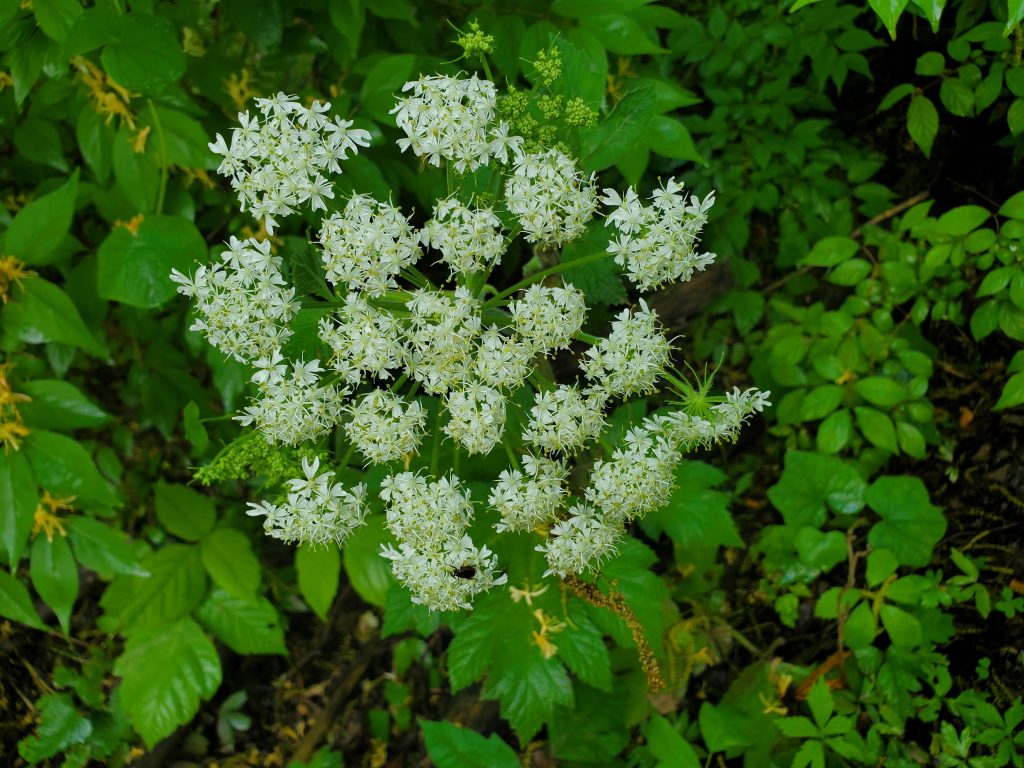 In the past, the Daucus carota has been used for medical proposes such as preventing kidney stones or as a diuretic. A practice that is still in use in India is the use of contraception by chewing on the seeds. In the wild, this plant feeds many different types of animals. Animals such as deer eat the flowering part of the plant and rabbits will eat the leaves.

The Hesperis matronalis is commonly referred to as the dame’s rocket, damask-violet, and dame’s-violet. And is a herbaceous plant species in the family Brassicaceae. 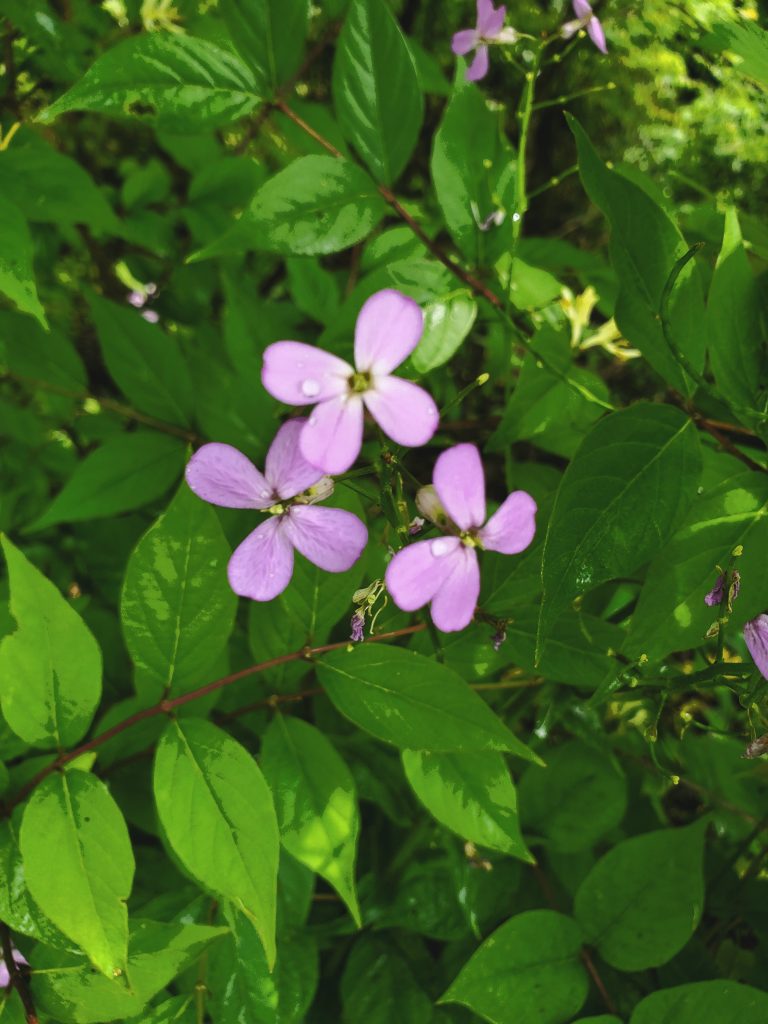 In the past, the leaves of the Hesperis matronalis have been used to prevent scurvy because they’re rich in vitamin C. The young leaves have been used in salads or as a herb because of their bitter taste. 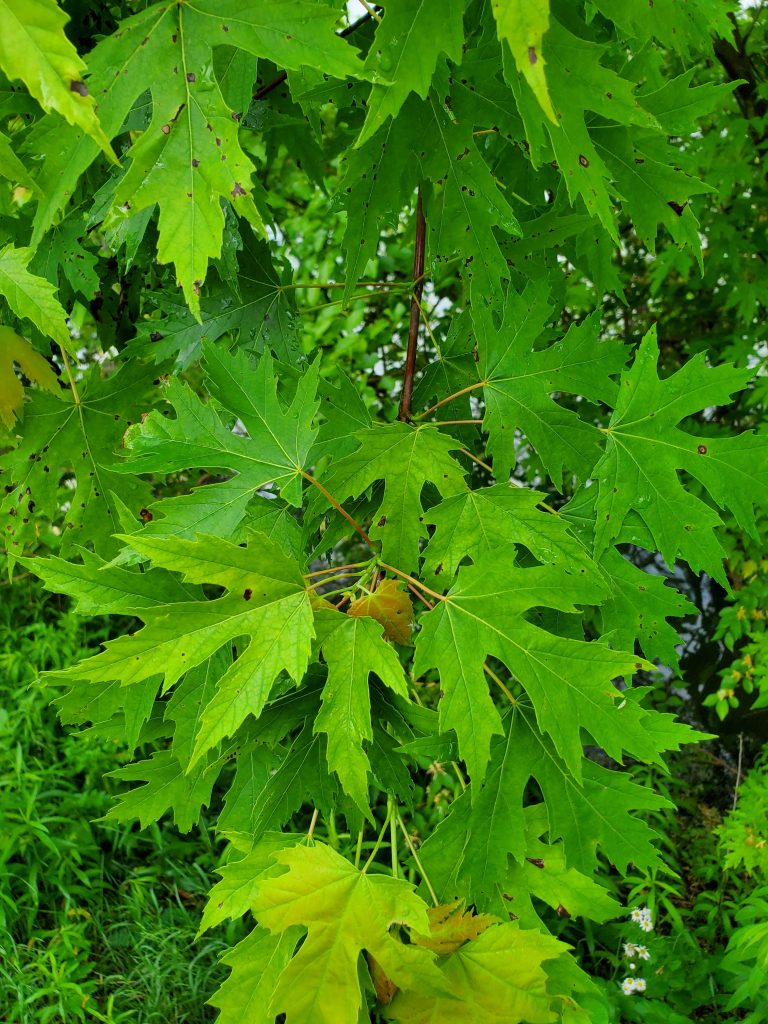 The Acer saccharinum is commonly referred to as the silver maple, creek maple, and silverleaf maple. Is a maple native to eastern and central United States and southeastern Canada. 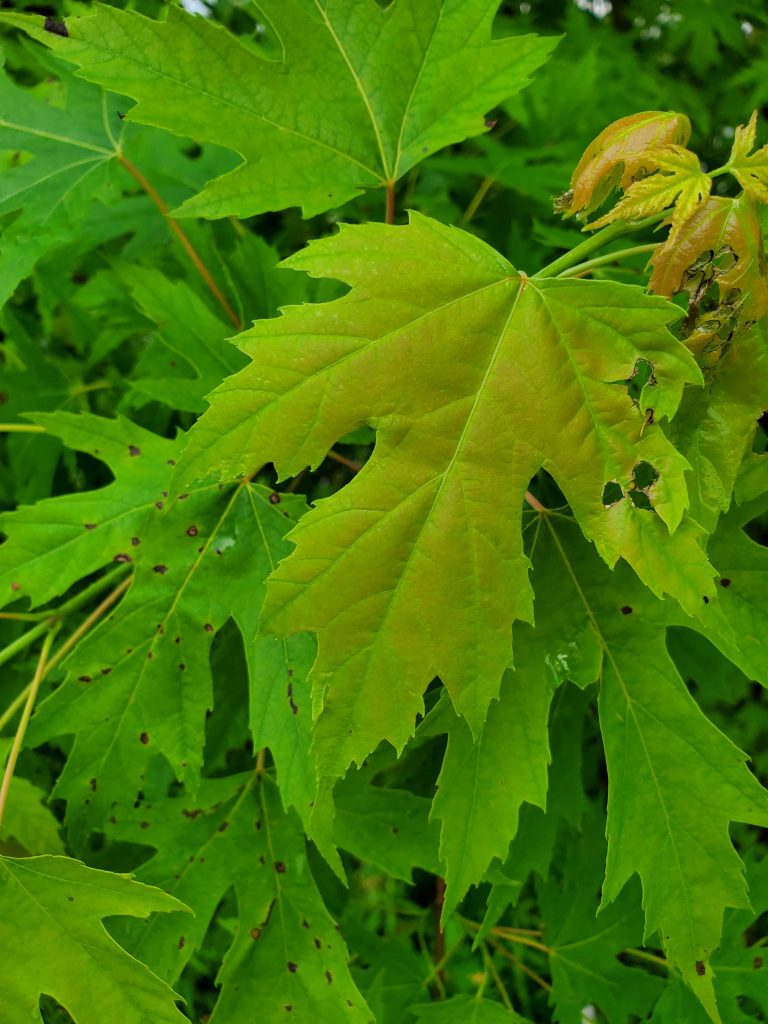 The seeds of the Acer saccharinum are eaten by wild turkey, quail and many other animals. Deers like to eat the leaves and stems, while beavers eat the bark. Squirrels like to eat the buds of the tree. And the tree itself makes a good home for many birds. Humans use the Acer saccarinum for many things, such as, furniture, flooring, paper, lumber, syrup and many other uses. 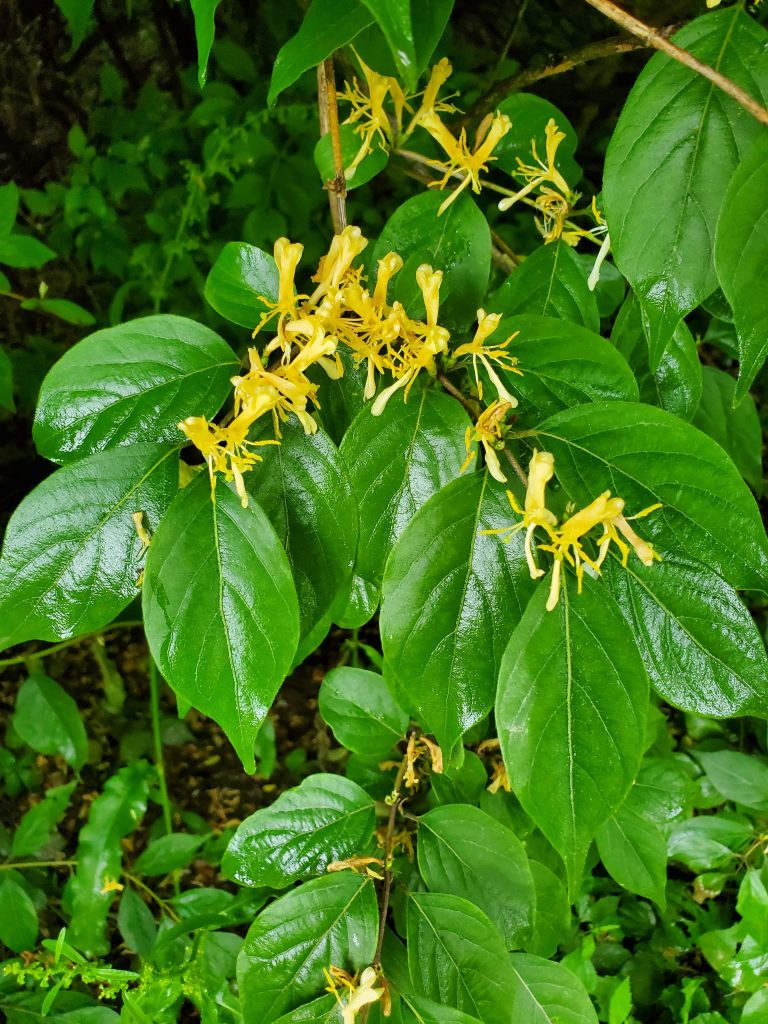 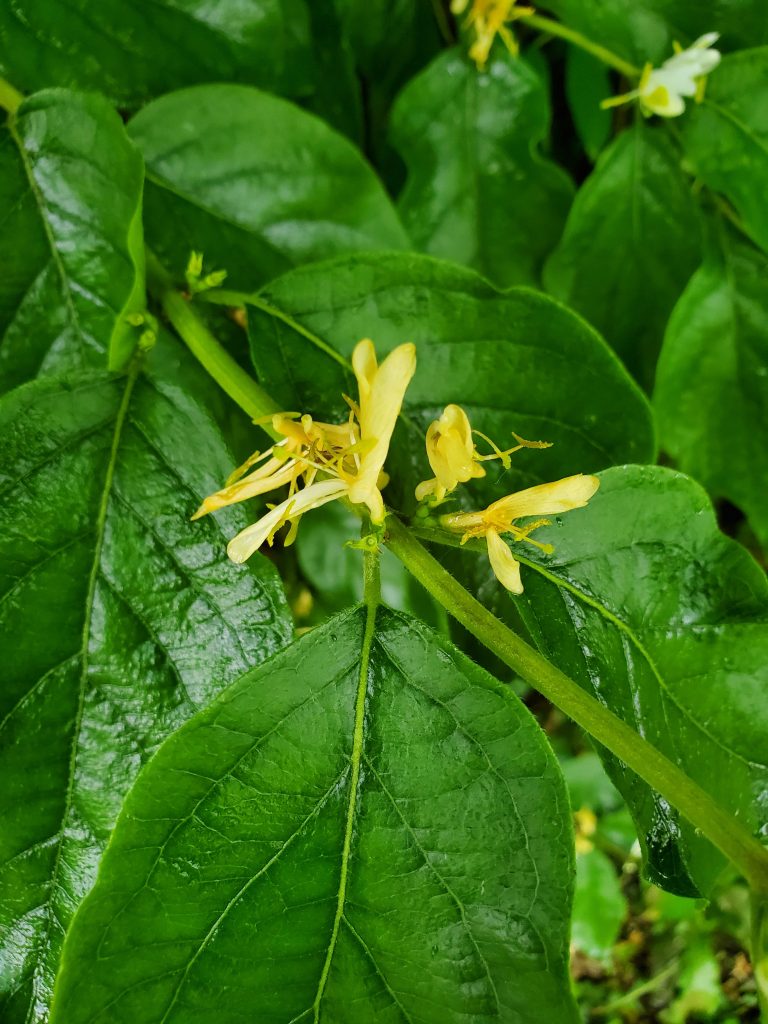 The honeysuckle bush is used as a food source for many different animals such as, moose eat the shrub and fruit during winter, and deer eat the leaves and fruit all year long. And humans use the plant for herbal cough medicine, such as tea. 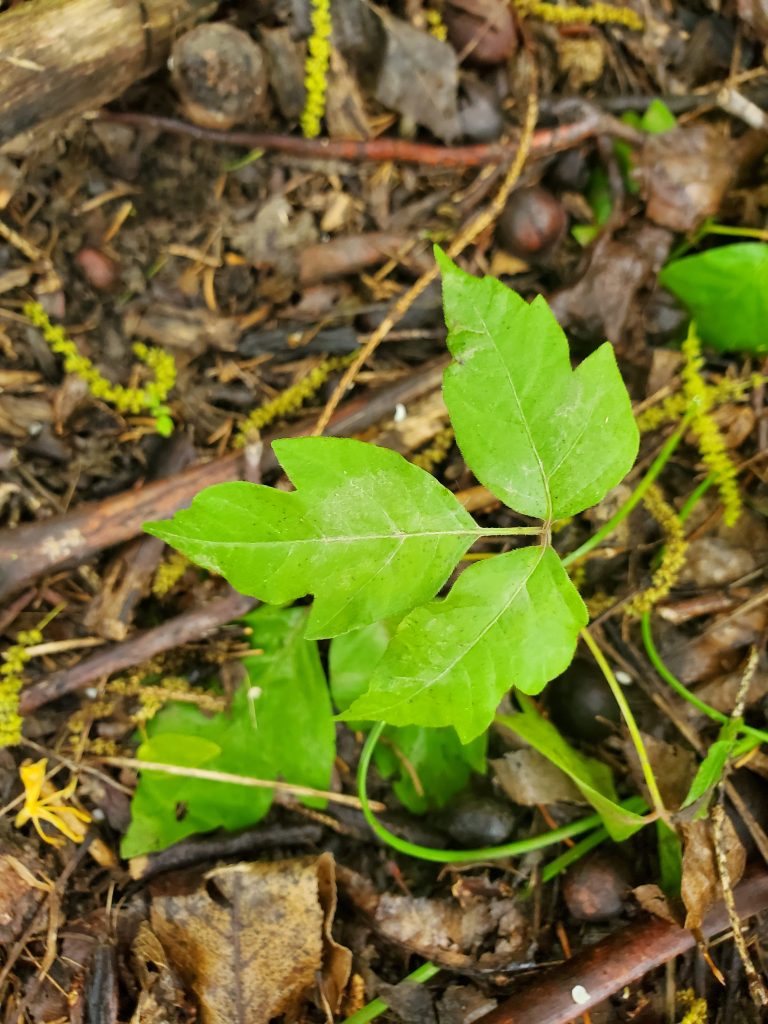 Toxicodendron radicans commonly referred to as poison ivy appears in clusters of three leaflets that are an alternate leaf arrangement and each leaflet grows on its own stem. They do not have any thorns and a red color appears at the apex. 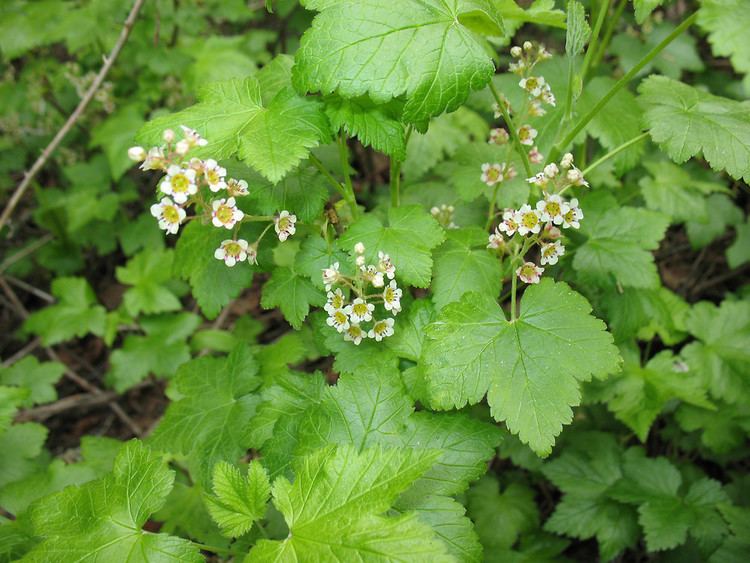 The skunk currant plant is native to Eastern North America and Canada. Its name originates from the odor the that is given off. The peduncles and flowers are covered in glandular hair. It is not recommended to cultivate the skunk currant because it can kill pine trees. The fruit, when ripe, is able to be eaten. The plant likes wetlands, such as rivers and lakes, however, it can grow in other places such as rocky slopes and mountains. The leaves are coarsely toothed, with 5 primary lobes. The veins are prominent and radiate from the base. This plant has a CC of 10. 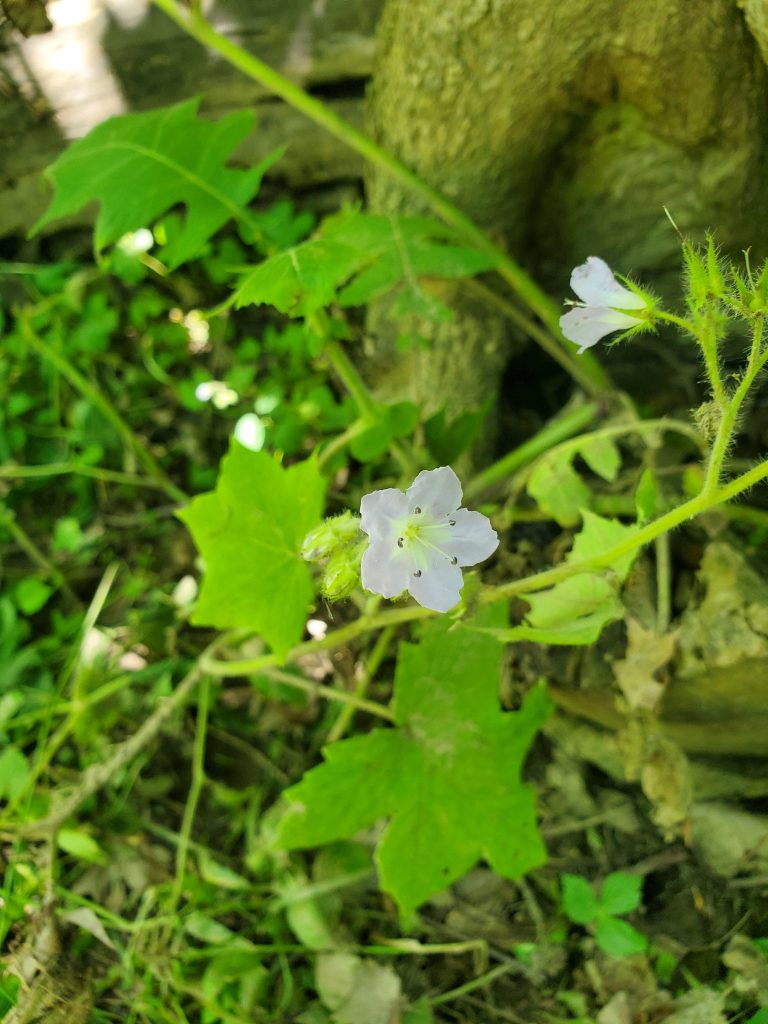 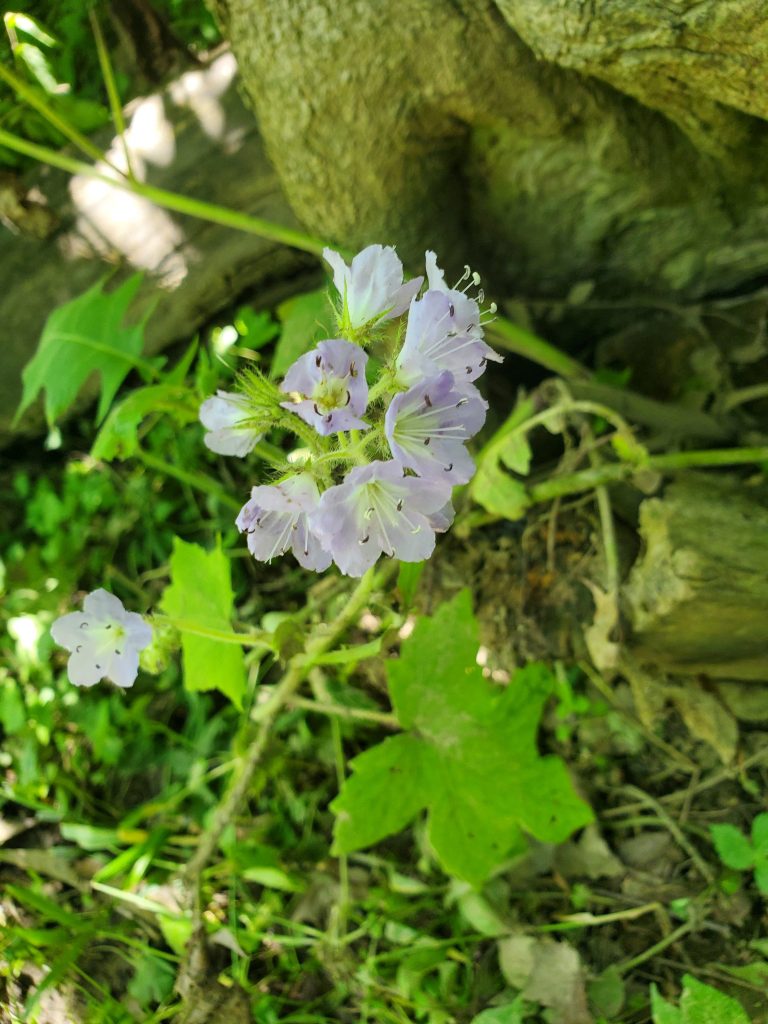 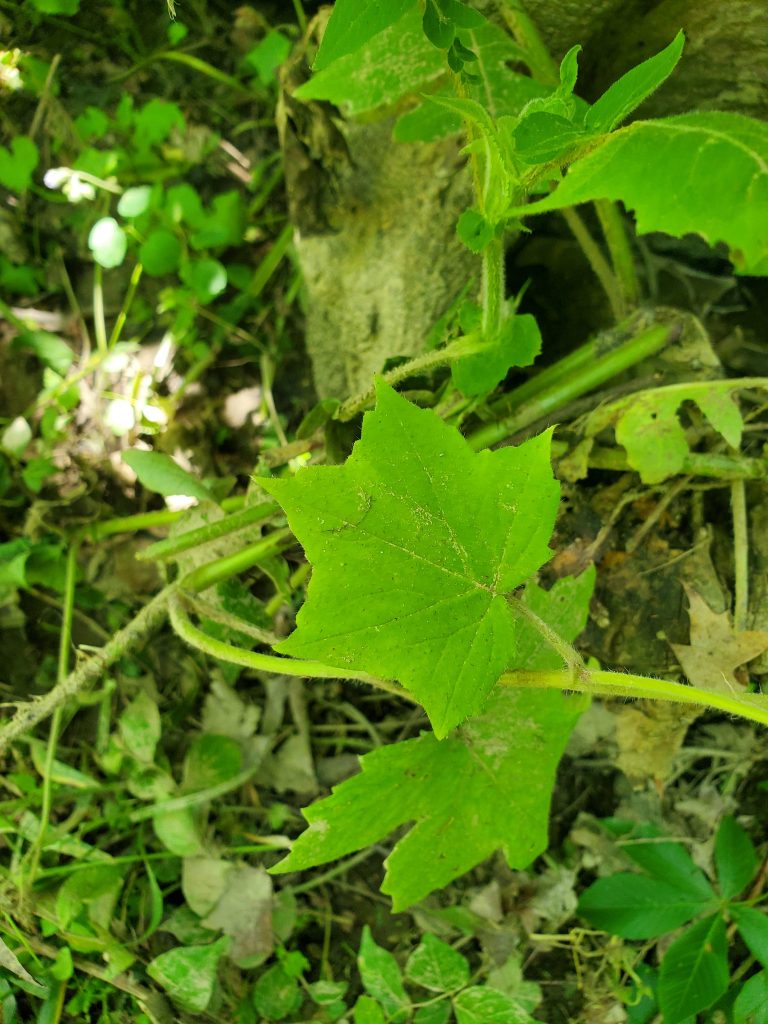 The great waterleaf is Eastern United States, mainly the Midwest and upper South. The leaves are alternate, and pinnately cleft with 5 lobes. At the base of the corolla, it is hairy green calyx with 5 narrowly triangular teeth. They light dappled shade and moist areas with rich loamy soil. The pollen attaches bees like honeybees and bumblebees. This plant has a CC of 5 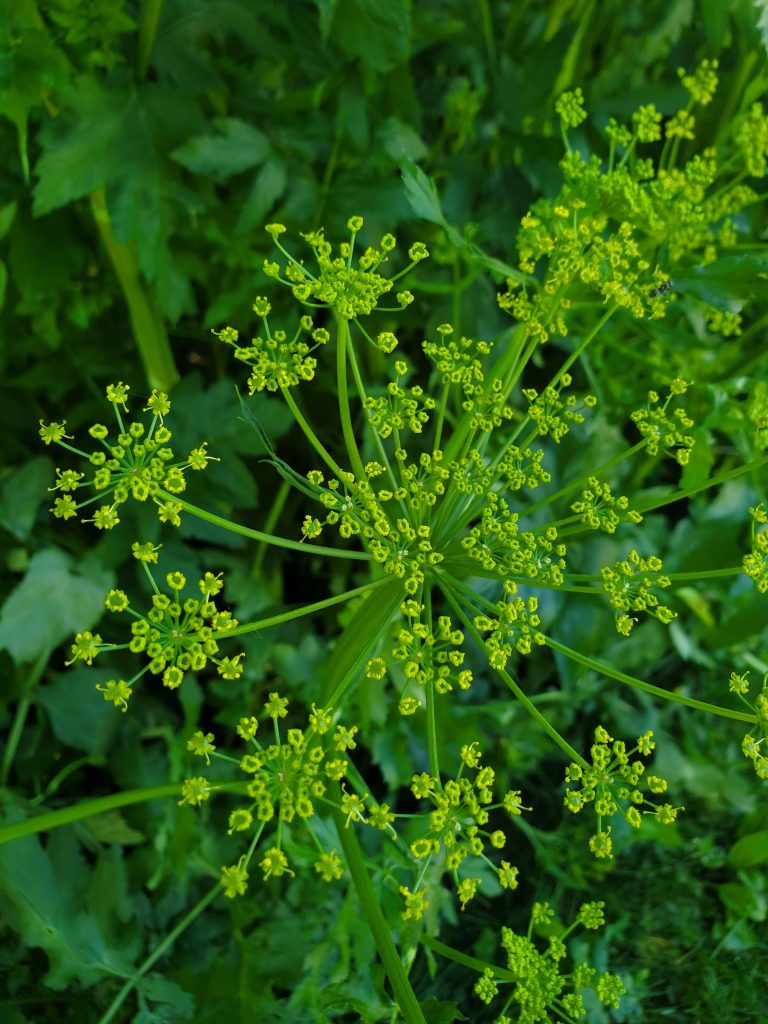 The yellow meadow parsnip is native to Central and Eastern North America. The plant can grow in average to medium moisture, with full or partial sun. The plant has small yellow flowers in compound umbels. The fruits are winged, and the umbel is stalked. The leaves are heart-shaped and toothed with ovate leaflets. This plant has a CC of 4. 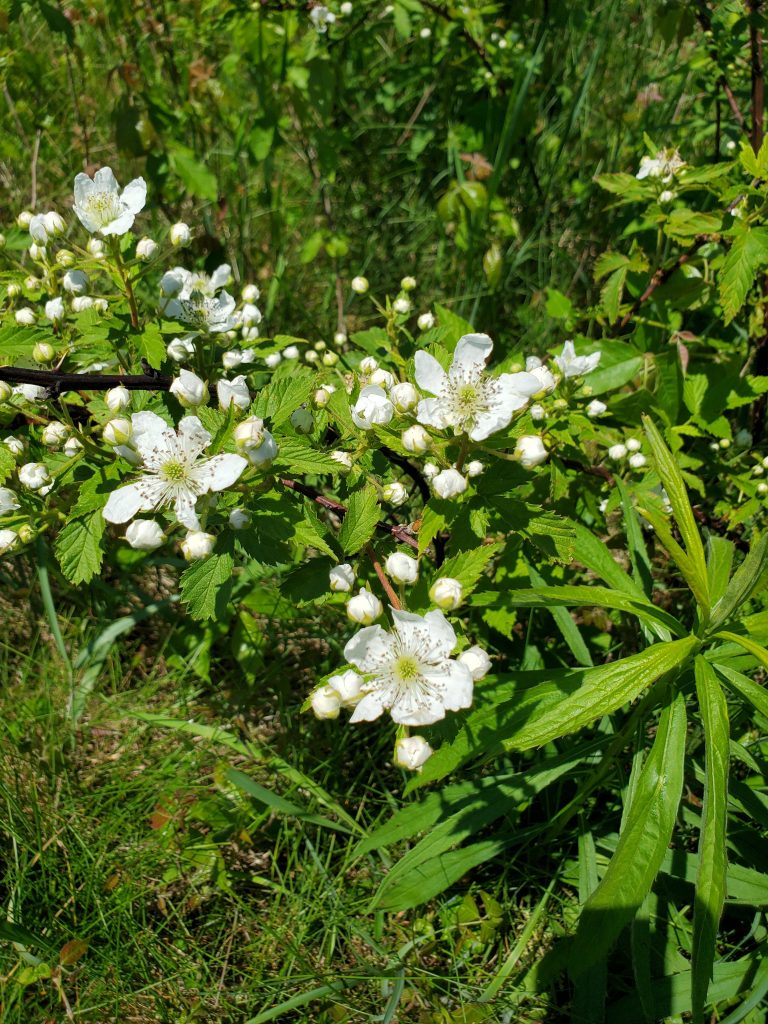 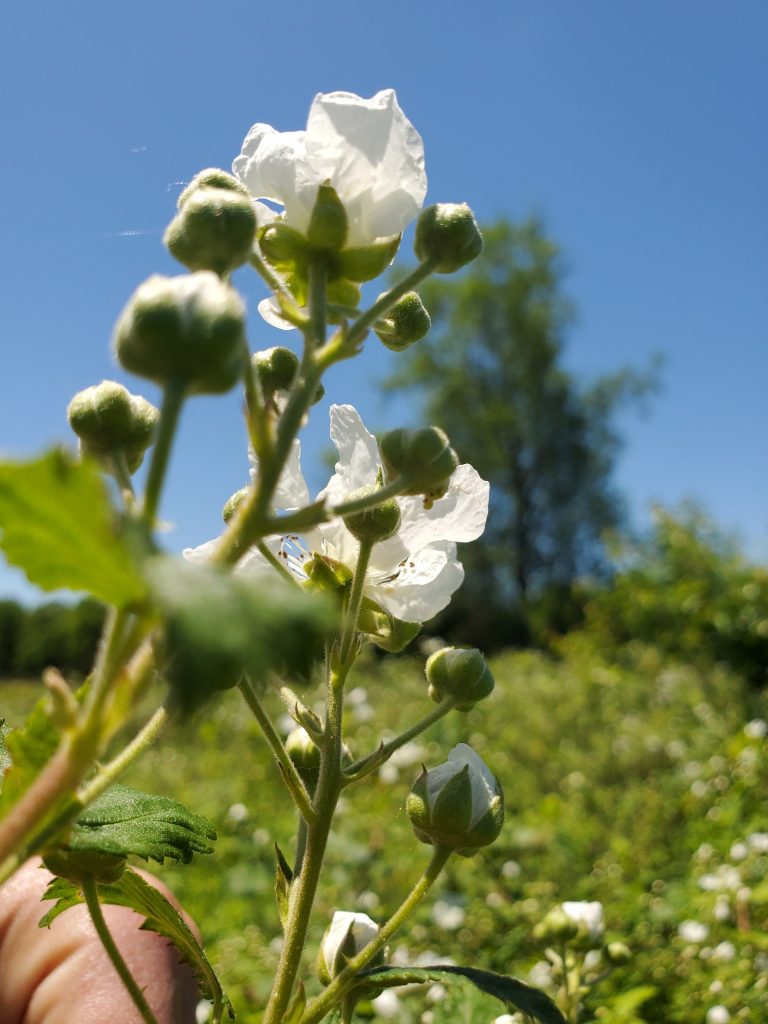 The common blackberry is common in Eastern and Central United States. It is part of the rose family. It has stout spines and covered in stalked glands. Many bird and small mammals are that blackberries produced. The lead blade in compound and toothed. The leaves have lead stalks and fleshy fruit. This plant has a CC of 1. 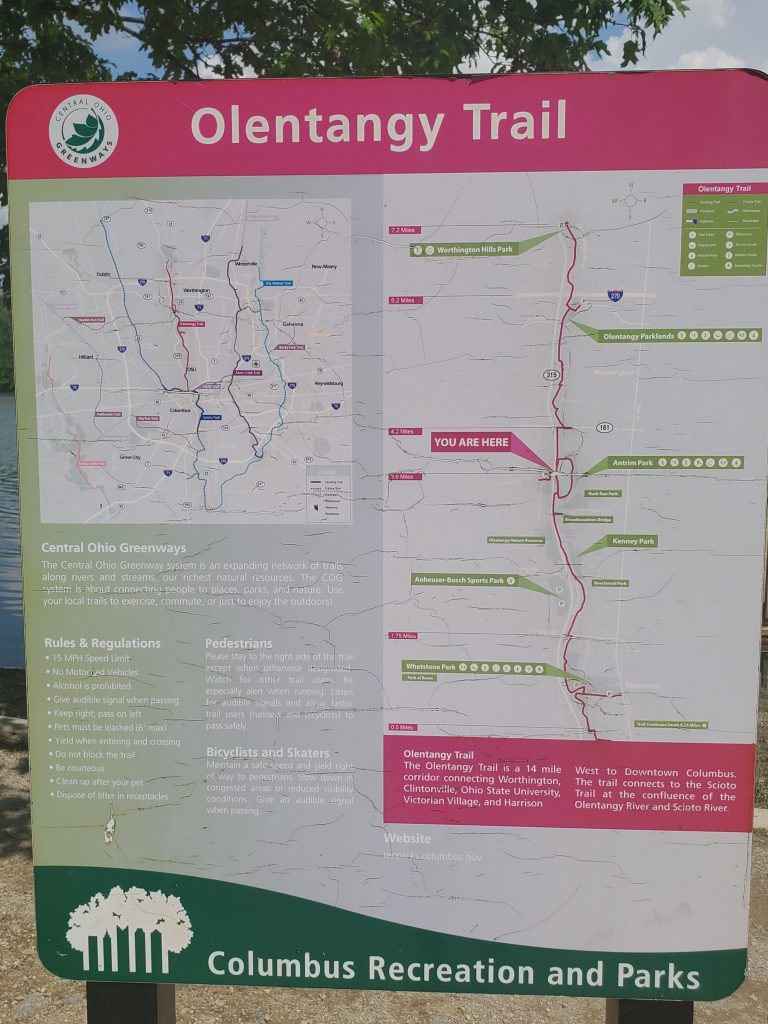 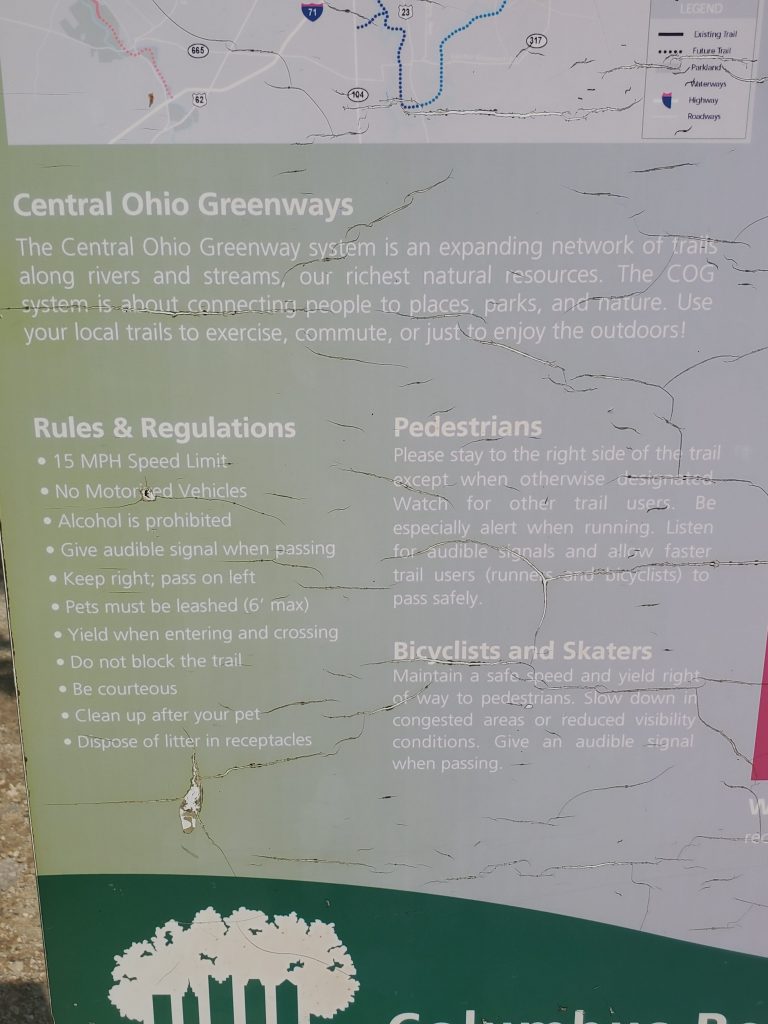 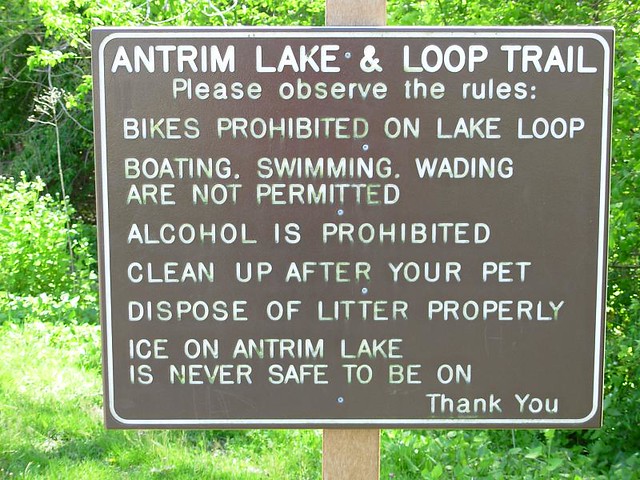 Antrim Park is a fairly large park, but it is lacking in diverse signage. There are many signs throughout Antrim stating the same information as one another.

Above are some of the signs throughout the park, you can see that these signs only state the rules and regulations of the park and no other interpretive infomation. The park signage is limited to rules, welcome signs, and a bulletin board where anyone can put up posters. 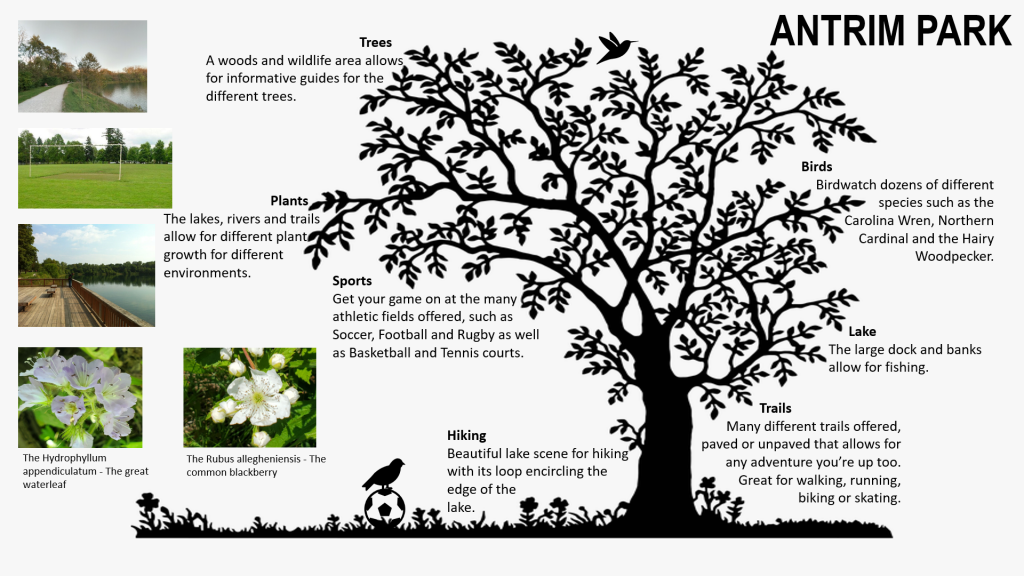 This sign would be a wonderful addition to Antrim Park because it shows the different activities you can do, fishing, sports, trails and much more. It provides a description of each activity with a few examples of what that activity could be.For example “Trails”, it provides you with the information that there are different trails you can take, around the lake, through the woods or a paved/unpaved trail along with the different allowed methods to use such as biking or running.